We’re getting there, says Rocks coach after point on the road 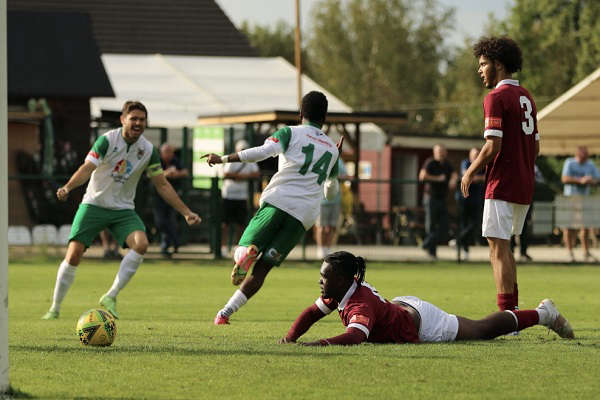 Bognor Regis Town F.C coach Robbie Blake believes balance and belief are the two key ingredients when it comes to continuing to improve as the Isthmian premier division season unfolds.

Blake was speaking after the Nye Camp aces collected a point with a 2-2 draw at Potters Bar Town to take them to seventh in the league table with a 10-point tally.

Bognor fell 2-0 behind after 53 minutes with Joseph Boachie bagging both goals but clawed their way back into the game thanks to a 59th minute from Nathan Odokonyero strike and were level a minute later through Kayne Diedrick-Roberts.

And Blake reckons that with a bit of fine tuning in terms of team selection and confidence boosting, the Rocks will continue to climb the league standings.

With an eye on the home match against Wingate & Finchley on Saturday, Blake said: "Perhaps the players are lacking a little bit of confidence and that is for me and Jack to try to get that bit of belief instilled. But it's not all doom and gloom; we have only lost one game and we have drawn four games and should have probably won 50 per cent of those.

"We are sat with 10 points and are five points off the top and we are right where we need to be. The season is not won after five or six games we can improve in so many areas and we will do -- and it's just about me and Jack getting the right balance, the right blend in the team."

"Then we sat back a bit and we didn’t kick on and hit the jugular. I think teams that are established go on and win that game, but we are just not there at the minute but we will get there.