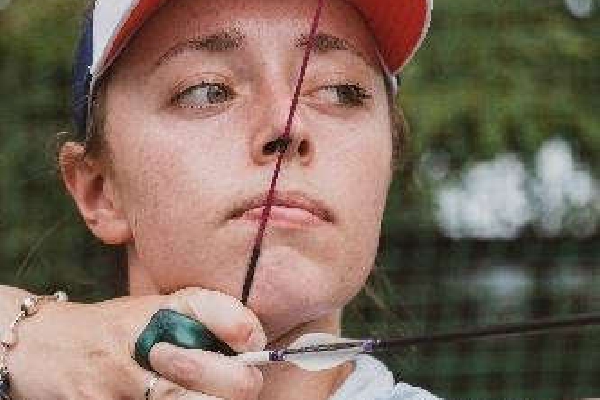 Bryony Pitman - the youngest member of the women's GB archery team at 24 from Shoreham, West Sussex - gained priceless experience competing in the last 16 in the individual competition at her first Olympics, losing a pressure match to the world number 9 and ultimate Olympic silver medalist in Tokyo.

Having beaten two higher ranked opponents to reach the last 16, Pitman faced Elena Osipova of the Russian Olympic Committee for a place in the quarter final. Osipova had already won the Olympic silver medal in the Women’s Team Recurve Competition in Tokyo and won gold in both the Women's Ream Recurve and Mixed Team Recurve events at the 2021 European Archery Championship in Turkey. Osipova went on to reach the final and win the silver medal after a shoot-off.

Pitman was part of the Archery GB team that won gold at the European Games and bronze at the World Championships in 2019. She has previously competed at the Summer Youth Olympics. A graduate in History from Northumbria University, Pitman is currently studying for a Masters degree in Intelligence and Security at Brunel University. Pitman has been shooting internationally since 2012 and is currently ranked 107 in the world.

David Tillotson, Olympic Team Director for archery, said: “Overall there have been some strong and pleasing elements to the GB archers’ performances at the Olympics this year, and certainly some aspects that are going in the right direction and can be built upon for the future. Getting to the Olympics, is an achievement in itself, particularly following the past 18 months, and we are very proud of each of our archers.”

“Sport, invariably, provides disappointments, but this archery team has great talent and, while there is always more and better to be done, they will continue to dare to achieve.”