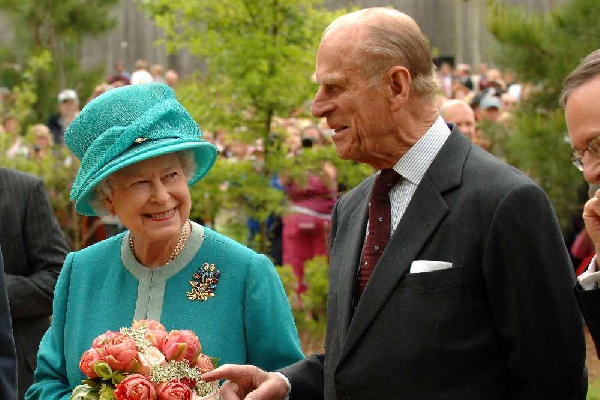 The Chairman, Cllr Janet Duncton, made this statement: “His Royal Highness was a constant presence by the side of his wife, Her Majesty The Queen, for 73 years. He was a great ambassador for the nation, accompanying the Queen on more than 250 foreign trips. At home he supported many good causes but is probably most fondly remembered for founding the Duke of Edinburgh Awards scheme, enjoyed by many young people in West Sussex. His Royal Highness will be greatly missed and I am sure many people in the county will want to pay their respects.”

The Lord-Lieutenant of West Sussex, Mrs Susan Pyper, said: “I am greatly saddened to learn of the death of His Royal Highness The Duke of Edinburgh.  I have sent a message to The Queen today expressing my sincere condolences and those of the people of West Sussex at this sad time, and to assure her that she and all the members of the Royal Family are in our thoughts and prayers.

“Prince Philip’s contribution to this country and the monarchy has been immense.  The Queen has described him as ‘her rock’.  He has been a constant and trusted companion, support and adviser to her in both good and troubled times.  His understanding of the role of the monarchy in an ever-changing society has encouraged it to change and adapt, without ever losing its dignity and sense of history.

“One of the Duke’s greatest and most enduring legacies is the Award Scheme that bears his name.   Established in 1954, the Duke of Edinburgh Award continues to inspire and excite young people throughout the world to undertake challenges that contribute to their personal development in many ways.

The flags on public buildings around the county have been lowered to half-mast.

Born on 10 June 1921 in Corfu, Greece, His Royal Highness moved to the UK when he was a child.

The Prince, as he then was, and the then Princess Elizabeth first met in 1934, and over the years corresponded frequently before marrying on 20 November 1947, following a five month formal engagement.

The couple had four children – The Prince of Wales, The Princess Royal, The Duke of York and The Earl of Wessex, and a number of grandchildren and great-grandchildren.

His Royal Highness accompanied Her Majesty on a number of her visits to West Sussex, including Chichester, Burgess Hill, the South of England Show, Christ’s Hospital, Horsham and Crawley.

Because of the current COVID-19 guidance and restrictions, people are urged to please avoid gathering in public places: for example, rather than laying flowers in a public area, they may wish to display a floral tribute at home.