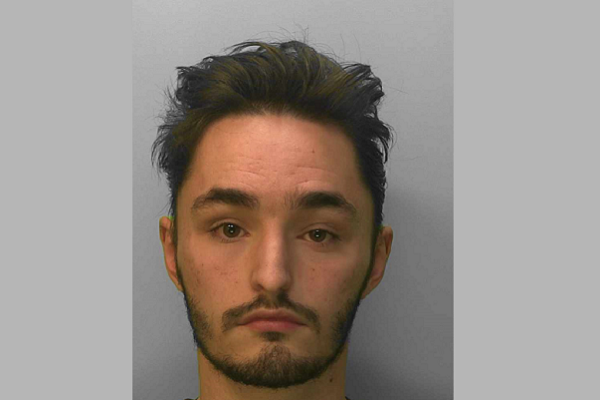 A West Sussex man has been given a sentence of more than 20 years for a series of sexual offences against children while he was working in private homes as a freelance childrens' nanny and babysitter.

Robin James Elms, 23, of Hunston, near Chichester, was sentenced to 20 years and six months at Portsmouth Crown Court on Thursday 11 November, having previously pleaded guilty to 20 offences - 10 counts of sexual assault, five counts of taking indecent videos of children, and four counts of voyeurism - against a total of nine children between the ages of two and 14 - and one of sexually assaulting one adult man.

The sexual assault on the adult was not related to his work as a nanny or babysitter.

Elms will spend 15 and a half years of the sentence in prison and five years on extended prison licence supervision.

Elms pleaded not guilty to two offences of taking indecent images of children relating to another boy, and to one sexual assault on a girl in relation to whom he had already pleaded guilty to a separate sexual assault. These cases were not proceeded with and were allowed to lay on the court file.

He will be a registered sex offender for life and was given a Sexual Harm Prevention Order (SHPO) to last until further court notice, severely restricting his access to children and digital devices.

The prosecution, authorised by the CPS, followed an investigation by detectives from the Complex Abuse Unit of Sussex Police which began when one of the families in West Sussex contacted police in November 2020 reporting sexual abuse whilst with them.

Detectives found that the offences against children happened between 2018 and 2020, while Elms was working as a childrens' nanny, having secured employment via online child care agencies.

All children subject of the offences were identified and families informed. Specialist support has been made available to them and police worked closely with local authorities to help ensure that no other children were at risk.

He had worked in other non-residential child care settings, but there is no evidence at all of his offending against any other children.

In sentencing Elms, Judge Lance Ashworth said; "..you groomed the families, moving from home to home, beguiling them and making them feel sorry for you..."

Judge Ashworth also emphasised that the families had done nothing wrong.

Detective Constable Chris Smith of Sussex Police said; "Elms used his access, and the trust placed in him by the parents, to systematically abuse children in their own homes.

"His offences were horrendous breaches of trust, which are every parent's greatest concern. He had no previous convictions or any other DBS-related record, and the parents all had found him through reputable child care agencies."

Anyone who has suspicions or potential concerns about offences against children can contact the police at any time either online or by calling 101, and arrange to talk to experienced investigators.

You can also find on the Sussex Police website advice and guidance on how to spot signs that children are at risk and the support available.