West Sussex MP's Pay Tribute to the Duke of Edinburgh 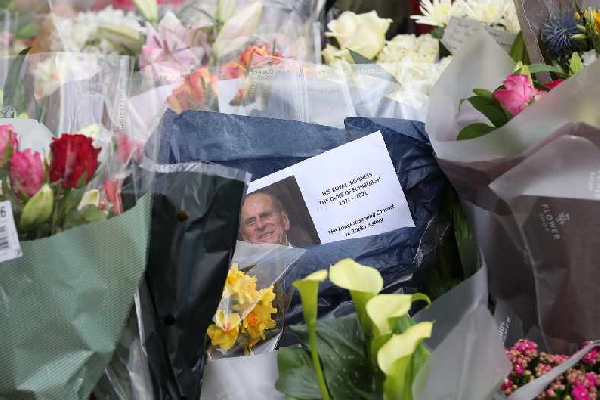 The Duke of Edinburgh has died at the age of 99.

Prince Phillip was a much loved member of the royal household, and MP's from across the county have been sending messages of love and support as tribute.

West Sussex County Council sent out a countywide message on their website:

"We join the nation in mourning the death of His Royal Highness The Duke of Edinburgh.

The flags on public buildings around the county have been lowered to half-mast.

An online book of condolence will be available on Buckingham Palace’s website: www.royal.uk

Residents who do not have online access can send a message of condolence to the Chairman’s Office, Room 102, West Sussex County Council, County Hall, Chichester PO19 1RQ."

What did our MP's say?

Jeremy Quinn, MP for Horsham, says Phillip was a "gallant embodiment of a wartime generation" and adds he was "above all... a husband, father, grandfather and great grandfather". He wrote his message on Facebook. 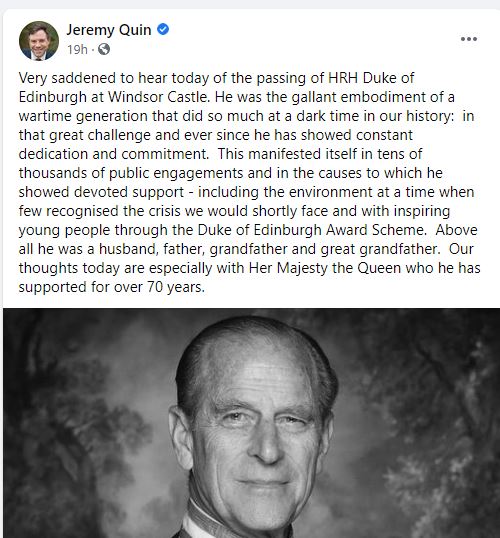 Andrew Griffith, MP for Arundel and South Downs, tweeted a colour picture and says his thoughts are with the Queen. 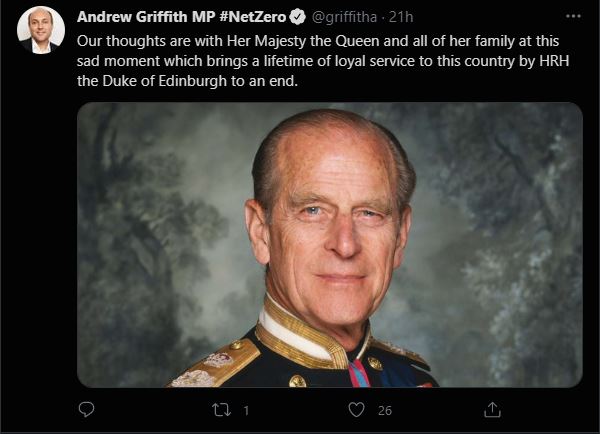 Nick Gibb, MP for Bognor Regis and Littlehampton, says Prince Phillip "inspired the admiration of millions around the world"

She also confirmed that the Mid Sussex Conservatives had paused campaigning during the mourning period.

Henry Smith, MP for Crawley, thanked HRH for his "service to our United Kingdom"

Sir Peter Bottomley, MP for Worthing West shared pictures from the Duke of Edinburgh's last visit to the constituency in 1999. 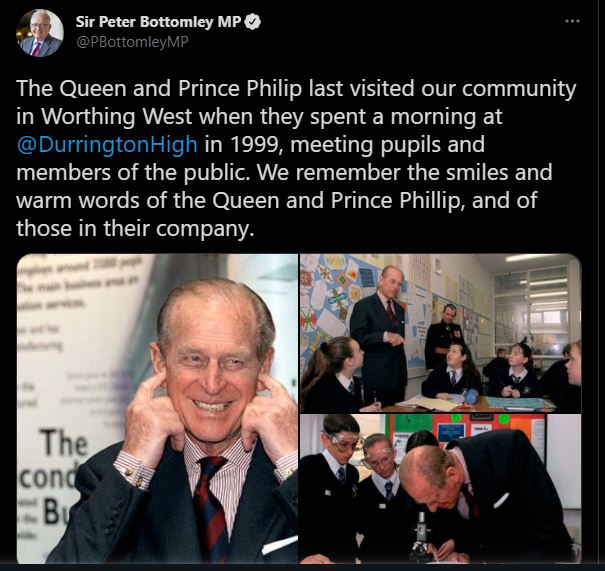 Gillian Keegan, MP for Chichester, shared posts on Twitter and retweeted one encouraging people to sign The Royal Family's Online Book of Condolences.

HRH The Duke of Edinburgh Prince Phillip will be greatly missed across the whole of West Sussex.