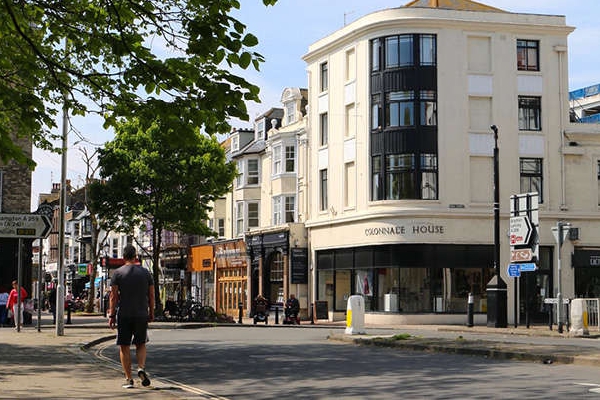 Worthing Borough Council has declared a ‘cost of living emergency’ in the wake of rising prices but questions have been asked about how this will help those in need.

The motion was put forward by deputy leader Carl Walker and was seconded by cabinet member for citizen services Emma Taylor. It says that ‘12,000 Worthing residents are living in food insecurity’ with ‘almost a quarter of Worthing children living in poverty’.

“This is so serious that it should be treated as an emergency,” reads the motion. In a wealthy economy citizens should be able to afford to house, clothe and feed themselves and their children and be able to live a reasonable quality of life.”

The motion was accepted by the full council on Tuesday (19 July) and it commits the council to drawing up an ’emergency strategy’ to address cost of living pressures faced by residents.

The council has also agreed to write to the government to ask for support for renters and low income households; including making the now scrapped £20 Universal Credit uplift permanent and suspending no fault evictions.

During a speech on Tuesday, Mr Walker said he would make ‘no apologies’ for his scathing criticism of national government. “Poverty is a political choice,” he said. "I condemn unequivocally the national Conservative government for how they have destroyed people’s lives with 12 years of deliberate economic violence. If you just listen to the plights of people in Worthing, parents in Worthing, who I have spoken to telling me that their kids are crying in bed going to sleep at night because they’re hungry. It is regrettable that now we have to pick up this mess as local authority. But how do we do that, when our budgets have been slashed hugely in the last 10 to 12 years by central Conservative government?”

Hazel Thorpe (LDem, Tarring) said she was sad that the cost of living crisis was being ‘used as a political football’.

She explained that she brought an almost carbon copy of the motion to a meeting in 2020 and was ‘appalled at the length of time it has taken to get to this stage’. She asked: “How does it differ from the work already been done in house by officers?”

Adur and Worthing Councils face having to make £2.7 million of savings by the end of March 2023, so there are limited resources.

It led other councillors to question how declaring a cost of living emergency would help those in need. Steve Waight (Con, Goring) pointed out that motions to the council are ‘declarative’ and ‘do not incur any actual spending’. “The council resolves to declare a cost of living emergency, that’s fine, we understand that and we support that,” he said, “But that doesn’t help a single person out there at the moment.”

Dan Humphreys (Con, Offington) criticised Mr Walker for ‘failing to mention’ the cost of living support package from central government, which sees direct payments to families and a ‘discretionary’ award of £200,000 for Worthing Borough Council to distribute as it sees fit.

“Councillor Walker could have taken a much more collaborative approach to this, but chose instead to take a very different approach,” said Mr Humphreys.

“One thing you didn’t mention of course was the most recent cause of the spiralling inflation that we see which is a war in Ukraine that sent oil and gas prices, and now food prices, spiralling upwards.

“This motion could have already been through Joint Strategic Committee weeks ago and been acted upon.
“It is now time to pull your fingers out.”

Council leader Beccy Cooper said the motion would allow the council to put a plan in place and Mr Walker said he was committed to working with partners to address cost of living pressures.

“You solve it with political will, plain and simple.”

Ms Taylor, who seconded the motion, said: “I want to honour the amazing people of Worthing who, despite all their best efforts, are struggling to make ends meet and I want to say to them: you are not failing, you are being failed.”