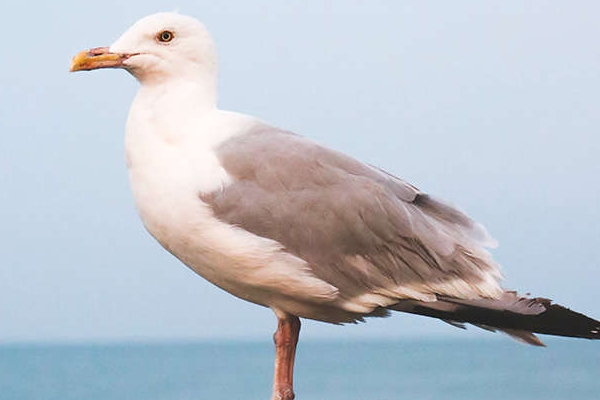 Residents have been advised against feeding seagulls after Adur & Worthing Councils received a spike in complaints concerning noise and disruption caused by the birds.

Since lockdown was introduced, there has been a rise in the number of reports of gulls being fed from home addresses in and around the Council areas, which have led to a rise in the amount of discarded rubbish and even a breakdown in neighbourly relations.

Even if you have been watching Feeding Steven on Youtube and other social media, it doesn't mean it should be replicated.

Gull colonies have also been known to attack people in a bid to steal food, while regular feeding at homes can lead to damage to roofs and gutters and blockages of gas flues by nesting materials.

All birds, including gulls, are protected under the Wildlife and Countryside Act 1981.

“Gulls are iconic to seaside towns like Worthing and as a nation of animal lovers the Councils here understand people may be thinking they are doing the right thing by feeding gulls.

“But we are getting multiple complaints about people excessively feeding seagulls at their home addresses and this is dangerous for gulls and their nutritional benefit as the food they are being given is not their natural diet.

“The message from Adur & Worthing Councils is that it really isn't a good idea to feed seagulls and because of the problems it causes both them and us.”

The three breeds of gulls that are commonly found in urban environments are Herring Gulls, Great Black-backed Gulls and Lesser Black-backed Gulls and the RSPCA say the best and most humane ways of discouraging nesting in homes is use simple wire-frame structures around chimney pots and anti-perching devices, such as spines, which should be fitted professionally. Homeowners are also advised to clear moss and plants from roofs and gutters.

According to the experts gulls snatching food is a behaviour learned and reinforced by being fed by the public.