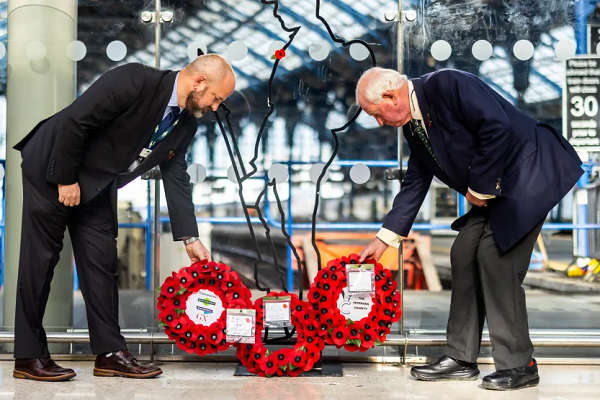 Southern Rail has joined forces with The Veterans Charity on the nationwide ‘Routes of Remembrance’ campaign, which sees poppy wreaths touring the country’s railway network to honour the fallen.

One poppy wreath in particular made a special journey to Brighton to bring to life the remarkable tale of Subedar (Lieutenant) Manta Singh and Captain George Henderson. At the start of the First World War, Manta Singh’s regiment became part of the 3rd (Lahore) Division sent to reinforce the British Expeditionary Force (BEF) fighting in France. After long months of trench warfare, in March 1915 his regiment entered the Battle of Neuve-Chapelle, which is said to be one of the bloodiest battles of WWI.

During the fierce fighting, Manta Singh saw that his friend and comrade, Captain Henderson, had been severely injured. It was in this moment that he bravely risked his own life to carry Captain Henderson to safety.

Carrying out this act of heroism put Manta Singh in the line of firing and caused him his own injuries – as he was also shot. As with many other wounded Indian soldiers at the time, he was brought to Brighton for hospitalisation. The town’s most famous hospital was the Royal Pavilion, which was rapidly adapted as a hospital for Indian sick and wounded from France and Flanders.

A certificate signed by the Chief Resident Officer at the Kitchener Indian Hospital in Brighton lists Manta Singh’s wounds as ‘one, gunshot wound, left leg, two, gangrene of leg and toxaemia.’ Tragically, he did not survive his injuries and sadly passed away on 15 March 1915.

Without this act of heroism, Captain George Henderson would not have survived the war. To show his thanks to the Singh family, Captain Henderson travelled to Punjab to meet Manta Singh’s son, Assa. He helped Assa Singh secure a job in the same British Indian Army regiment as his father and over the years, the sons of Manta Singh and Captain Henderson became the best of friends.

Even to this day, the third generation of both families – Jaimal Singh (grandson of Manta Singh) and Ian Henderson (grandson of Captain George Henderson) remain friends. Today, Southern’s Head of Stations, Nick Parker, joined Ian as he travelled by train from his hometown of Oxted to Brighton to pay his respects.

Ian Henderson, grandson of Captain George Henderson, added: “Manta Singh risked his life to save my grandfather and without him, I wouldn’t be here. These strong connections have allowed our families to remain friends for three generations – my mother even helped both of Manta’s sons learn English.

“Every year, I travel to Brighton to pay my respects to Indian soldiers that died fighting for Britain. It’s incredibly important to remember our veterans and I’m proud to re-tell my story with Southern for the Routes of Remembrance campaign.” 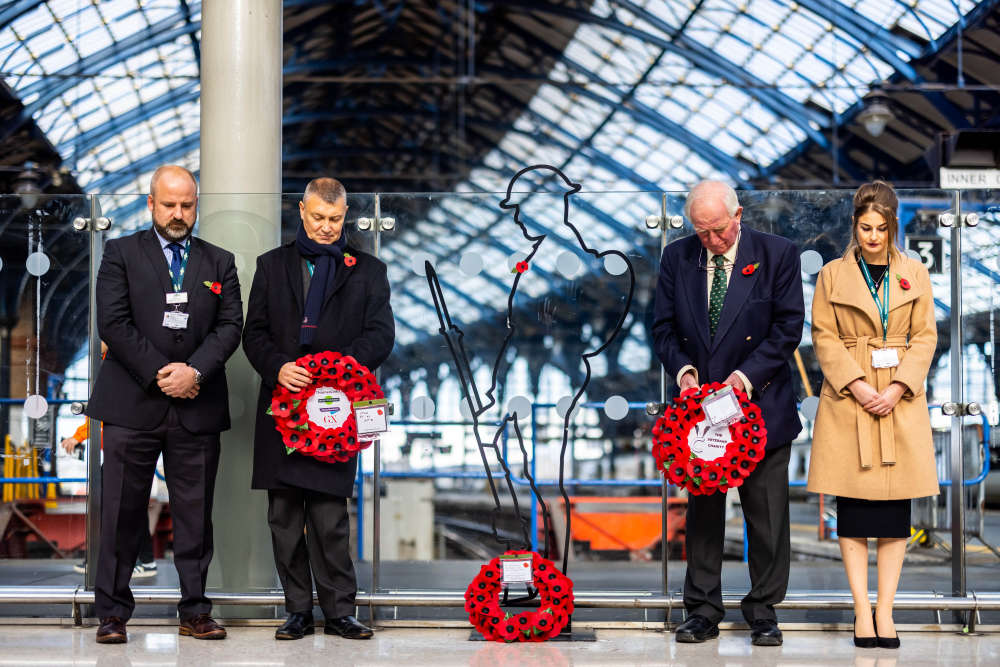 100,000 railway workers were enlisted to help the war efforts and by the end of the First World War, 20,000 had sadly lost their lives. The railway remembers them in memorials across the country.

Nick Parker, Head of Stations at Southern, said: “The railway played a crucial part in WWI and WWII, not only moving equipment and rations around the country, but transporting healthy and wounded troops too. In fact, it’s very likely that Manta Singh would have been taken on the train from Southampton to Brighton to be treated, so we’re proud to be honouring his story with a wreath laid at Brighton station.

“It was a privilege to travel with Ian today as he embarked on his very own route of remembrance on behalf of his grandfather. We have a large community of ex-military in the railway and it has been fantastic to work with The Veterans Charity in the lead up to Remembrance Day itself.

“Our stations and colleagues will be observing the two-minute silence on Armistice Day and there will also be a Memorial Service taking place at Brighton station,” he added.

Danny Greeno, CEO of The Veterans Charity, said: “Routes of Remembrance is our way of keeping Remembrance moving and honouring those who have fallen as a result of serving in the Armed Forces. There are strong links between the railway and the military and it’s great that Southern has been able to bring this fantastic wartime story to light by travelling with Ian to Brighton so that he can pay his respects.” 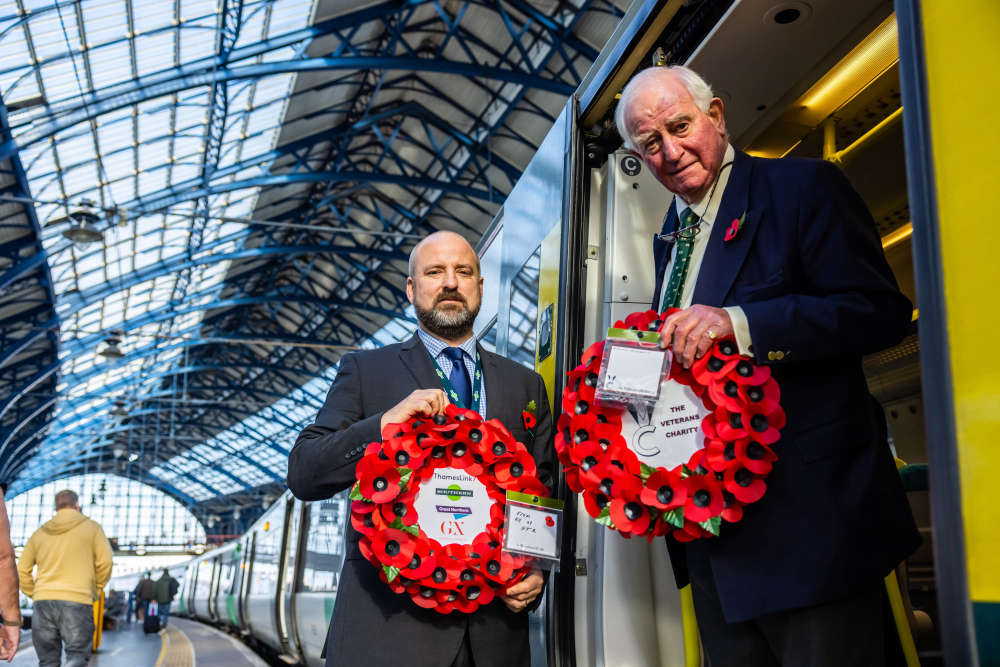