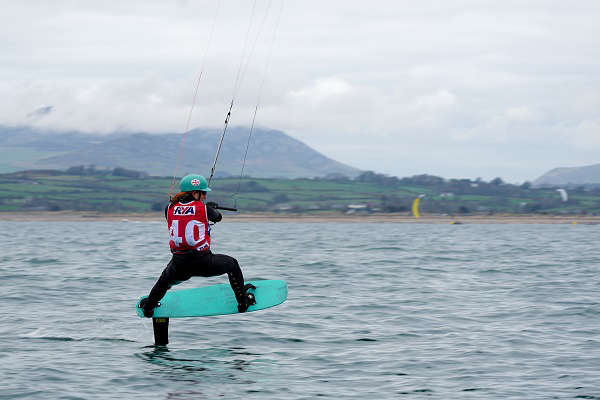 Lindfield's Ella Geiger is one of sixteen of the country’s most promising young sailors have been selected to represent Great Britain at the Youth Sailing World Championships.

The talented youngsters, all aged 18 or under, will represent the British Youth Sailing (BYS) Team in eight classes at the 51st edition of the prestigious youth event at The Hague, Netherlands, from 8-15 July 2022.

The sailors gained selection to the team for their performances in the 29er, 420, Nacra 15, ILCA6, iQFOiL and kiteboarding at the recent RYA Youth National Championships.

Among those selected and making a first appearance at the Youth Worlds, Santiago Sesto-Cosby (Royal Lymington YC) is looking to draw upon venue knowledge and home similarities as the secret to success in the 29er alongside returning crew, Leo Wilkinson (Maidenhead SC).

“Qualifying for the youth world championships is an all-time dream for me,” said Sesto-Cosby. “Now is the time to build up towards it to be the best we can be to represent Great Britain.

“I have sailed in the venue when I qualified for my first Optimist European Championship in 2018 and I loved it. I did well there because it’s a tidal venue, very similar to Lymington. It can be very wavy too. I’m really looking forward to going back there. It will be fun in the 29er!”

Lucy Kenyon (Parkstone YC), who returns to the BYS team for a second Youth Worlds appearance, is also looking to call on previous knowledge to go one step further in 2022.

“I’m mega excited to be selected for the girls iQFOiL place for the youth worlds in The Hague. It looks like it’s going to be a great event and I’m looking forward to working hard over the next few months trying to beat last year’s fourth place.

It’ll be an awesome start to this year’s international racing season and I’m excited to kick it off with a bang.”

Procter said: “I’m so thrilled to be selected for the Youth Worlds, it’s been a long and hard winter of training and now I’m looking forward to competing against some of the best ILCA6 youth sailors in the world.”

Returning to take on the kite fleet is Ella Geiger, who is looking to improve on her debut sixth position last year, and Mattia Maini who make up the final spots on the BYS squad.