Drug-driver who caused collision in Angmering is disqualified 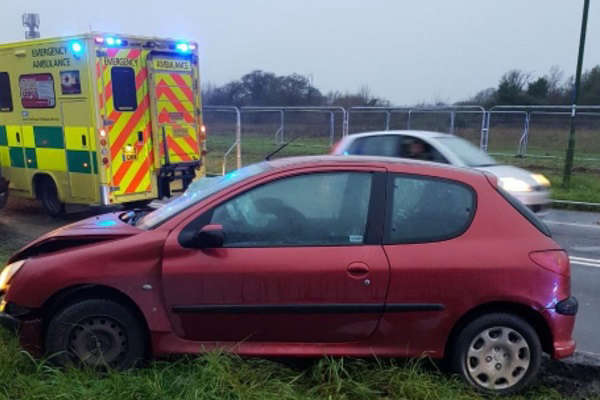 A careless motorist has been banned from driving after causing serious injuries in a road traffic collision in Angmering.

Darren Casey, 43, had taken a Peugeot without the owner’s consent on December 21 last year.

He drove on the A259 and at the Roundstone by-pass at Angmering he collided into the back of an Audi A4 which was stationary in traffic.

The passenger travelling with him in the Peugeot was not wearing a seatbelt and suffered serious injuries requiring surgery.

Meanwhile two people in the Audi were also injured and both vehicles were written off as a result.

Casey claimed he had taken cocaine two days previously, but remained more than three times over the legal limit for cocaine in his blood.

The owner of the Peugeot confirmed that Casey did not have permission to drive it, so he was charged with taking the vehicle with lawful consent of the owner and causing injury to three people, drug driving, driving without due care and attention, driving without valid insurance and driving otherwise than in accordance with a licence.

He was also charged with possession of a class A drug, namely cocaine.

Casey, of Brighton Road, Worthing, pleaded guilty to the charges and was sentenced at Worthing Magistrates’ Court on November 8.

He was disqualified from driving for four years, and was given an 18-week suspended prison sentence.

The court ordered him to complete 100 hours of unpaid work, 25 rehabilitation activity requirement (RAR) sessions with the probation service, and was fined £120.

Speaking after the case PC Baker said: “Casey put the safety of other road users, his passenger and himself at risk when he drove that day and showed a complete disregard for the law.

“He took the vehicle, which he did not have permission to drive, nor insurance or a valid driving licence, and whilst still under the influence of cocaine.

“Drivers who decide to take drugs should be aware that the impact of drugs can still impair their ability to drive for a very long time afterwards.

“Drug-driving is one of the major causes of people being killed or seriously injured on our roads and we will deal with offenders robustly.

“Casey should not have been on the road that day, and because of his carelessness he has caused two cars to be written off and caused injuries to his own passenger and the occupants of the other vehicle.

“This case also highlights the dangers of not wearing a seatbelt, and this conviction means a dangerous motorist has been removed from our roads."