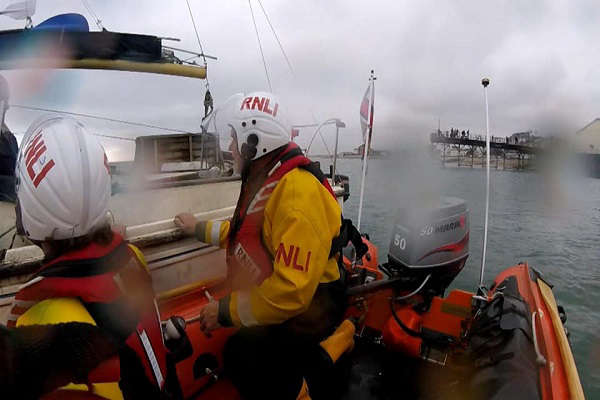 At lunch time on Saturday 25 September the UK Coastguards received a 999-emergency call from a member of the public who had concerns for an elderly lone sailor on board a yacht close to Bognor Pier.

The Selsey lifeboat launched at 12.50pm and proceeded to the position of the yacht and once on scene made contact with the lone occupant.  The man who was very agile for his age said he was very embarrassed that the lifeboat had been called.

He went on to say he had left Chichester harbour that morning and after rounding Selsey Bill the wind had dropped so he started using the motor to get to Littlehampton.

After struggling close inshore, he realised his fuel would soon run out so decided to stop close to Bognor Pier and anchor while he went ashore in his kayak to try and get some fuel (not knowing the panic buying that had happened the day before). 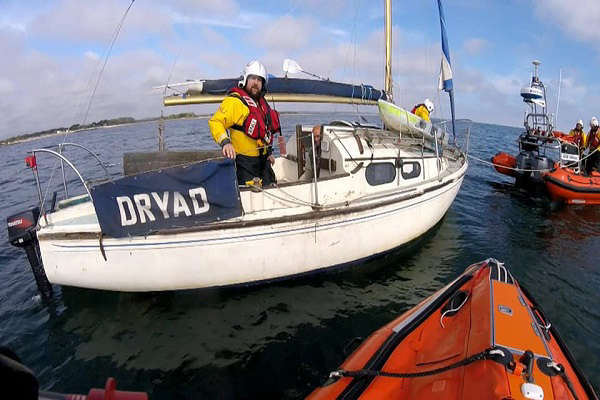 He returned to his craft thinking someone was going to get him some fuel. When the lifeboat arrived on scene the anchor wasn’t holding as it was damaged.

The lifebaot dropped a crewman ashore to speak with Littlehampton Coastguard Rescue team and the first informant before returning to yacht.

After the man was assessed by a casualty care lifeboat crewman a line was passed to the vessel and a tow established between the two boats.

The lifeboat helmsman decided to tow the yacht towards Littlehampton Harbour and requested the Littlehampton lifeboat be launched to take over the tow nearer to the harbour.

The RNLI charity saves lives at sea. Its volunteers provide a 24-hour search and rescue service around the United Kingdom and Republic of Ireland coasts. The RNLI operates over 238 lifeboat stations in the UK and Ireland and, in a normal year, more than 240 lifeguard units on beaches around the UK and Channel Islands. The RNLI is independent of Coastguard and government and depends on voluntary donations and legacies to maintain its rescue service. Since the RNLI was founded in 1824, its lifeboat crews and lifeguards have saved over 142,700 lives.