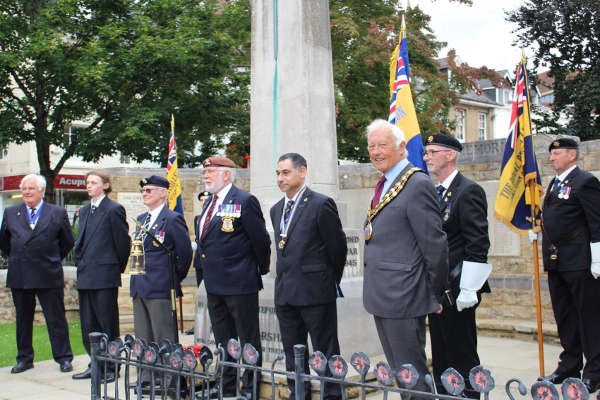 The commemorative relay started on Monday 23 August at St Mary’s Parish Church in Rye and it will finish in St Anne's Church, the Witterings on Saturday 28th August. The torch travelled via Robertsbridge, Polegate, Hailsham, Seaford, East Grinstead, Horsham, Storrington and Shoreham.

A ‘Torch of Remembrance’ relay to mark the centenary of the Royal British Legion passed through Horsham on Thursday 26 August and was marked by a special ceremony.

A short ceremony saw the torch passed from service veterans to a member of the Horsham youth organisation to symbolise the next generation carrying on the important act of remembrance.

The torch relay service is an opportunity and a time for us to reflect and remember not only the fallen and the sacrifices made both in the past and in current conflicts, but also the Royal British Legion itself.

We should all do our best to acknowledge and appreciate the achievements of the Royal British Legion volunteers, members and fundraisers over the last century, and take the time to pay tribute to them.