Knives out for launch of pub’s new carvery! 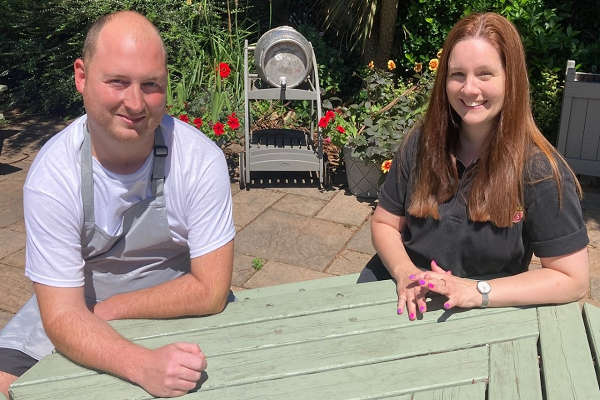 Award-winning chef Tony Hodge is sharpening his knives in anticipation of launching a new carvery service at a hugely popular pub and restaurant between Bognor Regis and Chichester.

Tony, who formerly worked under TV chef Gordon Ramsay at his Maze restaurant in London, says he has listened to diners' suggestions to offer the Sunday servings at the Royal Oak, Lagness from November 28.

He has teamed up with the venue's manager Kay Martin to put the carvery in place with a view to extending the offer to Wednesdays in the New Year.

Tony, who served Queen Elizabeth II and Prince Phillip at London’s prestigious Fishmongers’ Hall during the latter’s 91st birthday celebrations, said: "The response to the launch has been fantastic and we've taken quite a few bookings — it’s already proving popular.

"I've been busy sharpening my knives to slice lovely pork, beef and turkey and we will be serving freshly cooked vegetables very much in the traditional carvery style.

"We're ideally placed between Bognor Regis and Chichester for a little Sunday outing and offering a carvery compliments our extensive menu offerings already in place.”

The news comes as the Royal Oak, Lagness gears up for Christmas with a festive feast available throughout December and a traditional yuletide lunch with all the trimmings on the big day.

Kay, who has worked at the pub for more than 20 years, explained: "We're busier than ever and we know through our customers that Christmas is going to be a bigger event than usual in terms of eating out, simply because of what we have been through with the pandemic.

"Bookings are coming in already and we are delighted to have a number of group bookings from local community set-ups which is great given how much we try to help with charitable causes in and around Bognor Regis and Chichester."