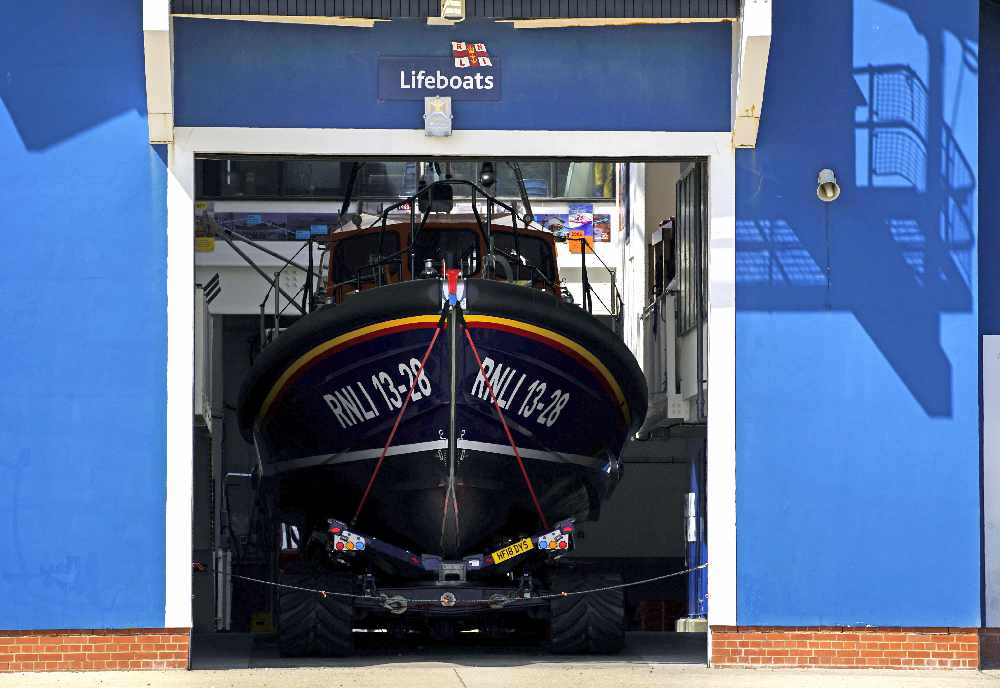 Bea Homer, Ian Foden and Hannah Presgrave cycled and ran for the RNLI’s annual Mayday fundraising campaign, which helps keep RNLI lifesavers kitted and trained to save lives at sea.

Ian and Bea – together with fellow crew members Adam Grummett and Ian Lindgren, and friends – cycled a total of 771 miles between them throughout May. They initially set themselves a fundraising target of £515.15, but raised an amazing £840.

The fundraising challenge was all the more poignant for Bea. In 1988, she raised a fantastic £15.55 for the RNLI in a charity challenge. Fast forward 33 years and Bea – who still has her original fundraising certificate (pictured) – now volunteers with Littlehampton RNLI as shore crew.

She said: ‘I’ve always has a close affinity with the sea. I moved to Selsey from London as a small child and one of my earliest memories is of the maroons going off and watching brave people race to answer the call. Decades on, I’m so proud to be able to do the same. I’m so proud to be a crew member and ambassador for the RNLI. Moving to Littlehampton and discovering the 30-something-year-old certificate was a stark reminder that we remain a volunteer charity entirely funded by public generosity.’

Ian, who volunteers as crew at Littlehampton RNLI, added: ‘The RNLI, like many charities, will have suffered a loss of income during the pandemic. With many people expected to head to the coast for a much-needed break this summer, our resources could be stretched. Having been volunteer crew for nine years at Littlehampton RNLI, I wanted to get involved with the Mayday campaign to not only promote safety by the sea, but to help raise the vital funds we need to keep saving lives at sea.’

Hannah, who volunteers as crew and is also a Community Manager for the RNLI, ran nine gruelling 5km events across the south east of England in her full RNLI lifeboat crew kit, raising £730. Bea and Ian also joined Hannah in a 5km challenge in Littlehampton on 29 May (pictured). They were supported by Littlehampton RNLI’s wonderful shop volunteers and fundraisers, who raised £364.06 through a special shop event and collection.

Hannah said: ‘The support and encouragement we have all had for our Mayday challenges has been absolutely amazing. The Mayday campaign is so important because we depend on voluntary donations to maintain our rescue service. Thank you, everyone.’

The RNLI’s annual Mayday fundraising campaign raises funds to keep lifesavers kitted and trained to deal with emergencies – and come home safe themselves. Just £25 could fund a pair of sea-going gloves to protect RNLI lifesavers from wind-chill and rope burn; £55 could fund a pair of sturdy, protective, non-slip boots to keep volunteers sure-footed at sea; and £100 could help bring water safety training lessons to school children for the summer season. To find out more, click here.