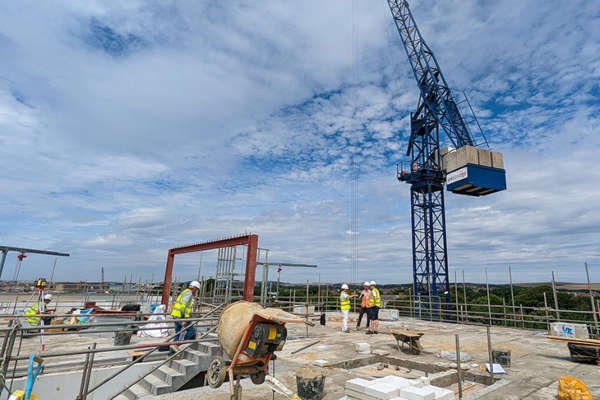 Adur's housing chief has pledged to do everything in his powers to reduce the waiting list of people who qualify for social housing.

Adur District Council currently has 809 households on its housing register, of which 120 are in 'band A', which is for those households most in need and with 'an urgent need to move'.

Five years ago the Council had reduced the figure from a high of 1,400 to 700 but the Covid pandemic has seen figures rise again according to latest figures.

Councillor Carson Albury, Adur Cabinet Member for Adur Homes and Customer Services, said the Council was determined to bring the figures down and pointed to a number of projects underway which would provide more affordable and social rented housing.

“I really do understand how people on the register feel having spoken to many of them. We do need to provide decent affordable housing so that people can live in comfort and stay in the area which they love and where their relatives and friends are.

“We are making progress and while the severe shortage of housing is a national problem, which is particularly acute in the south of England, we are going to bring the figure down.”

Adur District Council has recently either built or backed a number of projects to create more homes for the rented sector. These include:

Fifteen new council social rented homes at the new Cecil Norris House in Shoreham have now been allocated to those on the register.

Construction is under way to build 49 new council homes at Albion Street, Southwick.

Almost 40 homes are being identified as part of the Council's small sites brownfield programme, particularly in Lancing.

Work is also underway to deliver new sheltered housing at Ashcroft which will go to households on the Council's housing register.

The Council's old Civic Centre in Shoreham, which it sold to provide social housing, will provide 99 shared ownership properties as well as 60 social rent properties which will go to households on the Council's housing register.

Cllr Albury said there was plenty of activity ongoing but the problem of long housing waiting lists would unlikely be completely solved by the Council alone.

“I just want people to know that we are doing everything we can but it isn't easy with tight budgets and a scarcity of land. As Cabinet member for Housing I will not rest until we start to bring this figure down.”