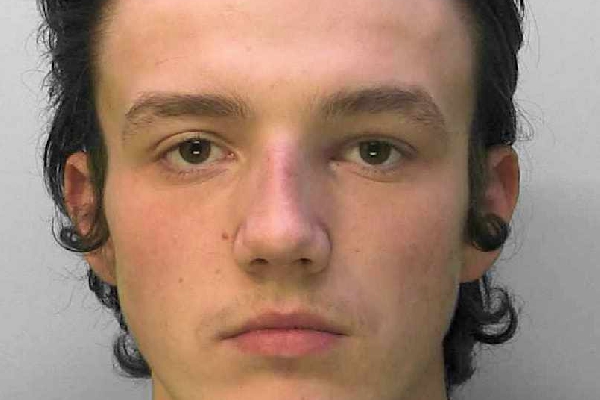 A teenager who robbed a man of his electric scooter at knifepoint has been jailed.

The 20-year-old victim was riding along Grantham Road, Brighton, around 10pm on 21 March when he was approached by two men travelling in a car. They demanded he hand over his scooter, but he refused.

The victim was able to run to nearby Edburton Avenue, where he was threatened with a knife and punched to the head by the suspects, who then left the scene in possession of the scooter.

A witness called police with the registration number of the vehicle – a silver Ford Focus – and this was linked to an address in Coleridge Street, Hove.

Following a search of the property and the vehicle, a number of items of stolen property were recovered, as well as two Stanley knives.

Cameron Boxall, 18, unemployed, of no fixed address, was subsequently arrested and charged with robbery, possession of a knife in public, and handling stolen goods in relation to another matter.

He appeared before Brighton Magistrates’ Court on Wednesday 24 March and was remanded in custody to appear for a further hearing on 21 April.

Boxall pleaded guilty and was further remanded ahead of his appearance at the same court on Tuesday 1 June, where he was sentenced to a total of three years’ imprisonment.

Investigating officer, Rose Horan, said: “The young victim was alone and on his way home when he was accosted, and robbed at knifepoint by two men. He was also punched in the head, and his e-scooter was taken. The investigation is still ongoing regarding the identification of the other suspect.

“Thanks are due to the victim and members of the local community for providing accurate and key evidence, which led to the conviction of this dangerous offender.”

The electric scooter was not recovered and the second suspect remains outstanding.

Anyone who witnessed the robbery, or who may have any other information, is asked to contact police online or by calling 101 quoting serial 180 of 22/03.