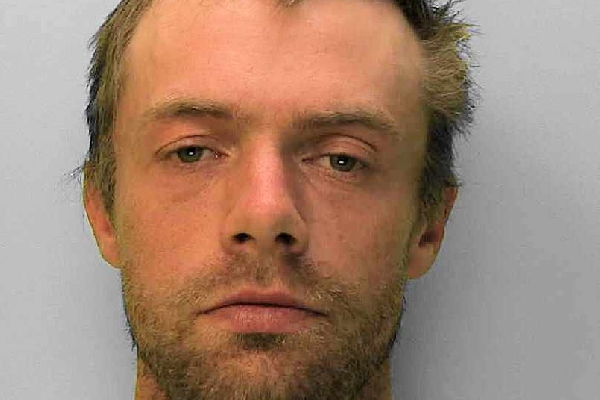 A West Sussex man who took intimate photos and videos whilst in relationships with two partners, and then put them online, has been given a 16-month prison sentence.

Andrew Abbott, 35, a carpenter, now of Wolsley Avenue, London E17, was given a total of 16 months for three offences of disclosing private images with intent to cause distress, and one offence of voyeurism - recording a private act without permission - when he appeared at Brighton Crown Court on Tuesday 1 June.

He was also given a Restraining Order prohibiting him from contacting or publicising personal information about the two women until further court notice, and a Sexual Harm Prevention Order (SHPO) for ten years, severely restricting his access to digital communication devices.

Abbott will also be a registered sex offender for ten years.

The court heard that Abbott, then of Raleigh Crescent, Goring, recorded private sex acts with one then ex-partner which he then shared in April 2019, and that at the same time also disclosed private sexual images of a previous partner from almost a decade before.

Abbott made great efforts to obtain and collate a library of images and video clips taken whilst in intimate and, they thought, trusting intimate relationships with the two victims, lasting one year and ten years respectively.

With one victim, video was also taken of her without her knowledge or consent. The images of both were shared without their consent with members of forums/ groups on the Internet set up specifically to share images and offers to meet the subjects of them.

Detective Constable Jon Berisford of the West Sussex Community Investigation Team said: "This case began to come to light when one of the victims saw on social media that the more recent partner had been in contact with Abbott. She then contacted that woman and revealed his behaviour towards herself, which caused the second woman to confront him and to end their own relationship. She then also looked further into social media sites and realised that images of her were being shared online without her knowledge or consent.

"Our enquiries then uncovered the further images of the first woman.

"The material was disclosed to an online message forum, rather than shared directly to people who knew the two female victims, but the intention to cause distress was so clear that Abbott had little option but to plead guilty to all four charges at Worthing Magistrates Court in April.

"The emotional impact on both of them was significant, but they were both in court to see justice done."