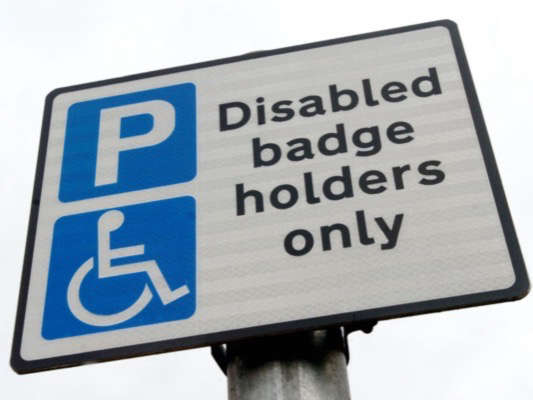 West Sussex County Council is to review recent Blue Badge applications after being found at fault for rejecting one from a woman with mobility problems.

A complaint was made to the Local Government & Social Care Ombudsman by a woman known as Miss L, who felt the council had not properly considered her application to renew her Blue Badge. The council refused her application in July 2021 and again in September, saying she had not submitted enough supporting information to make a decision possible. But a report from the Ombudsman said the form used for the desk-based assessment of Miss L’s application was ‘quite difficult to understand’ and they were ‘not satisfied it was completed properly’.

The Ombudsman added that they had ‘significant concern’ that the assessor had focussed exclusively on the clinical technicalities of Miss L’s conditions and her treatment – but gave little to no thought to how they actually affected her mobility.While finding fault with the council’s actions, it was not down to the Ombudsman to say whether or not Miss L should be granted a Blue Badge.

While acknowledging that she had since been offered a face-to-face assessment, they added: “I remain concerned this fault may not be limited to Miss L’s case, and that there may be other applicants who have suffered a similar injustice. “I consider the council should therefore take steps to review its recent Blue Badge decisions, and, where appropriate, reconsider applications which it rejected, where this may have been because of a similar fault to that I have found here.” A council spokesman said: “We constantly seek to improve our services to residents and can confirm we are currently reviewing our Blue Badge application processes. “We have until July 6 to consider the Ombudsman’s report and it’s too early to draw any conclusions or to give further details at present.”

Regarding the method of assessments, the spokesman said both desktop and face-to-face were used. He pointed out that desktop assessments saved time and money, were more convenient and helped to protect applicants from ‘unnecessary, potential exposure to infections, such as Covid-19′. He added: “This is important given that many applicants have existing health conditions which unfortunately leave them at higher risk of complications if they were to become unwell.”