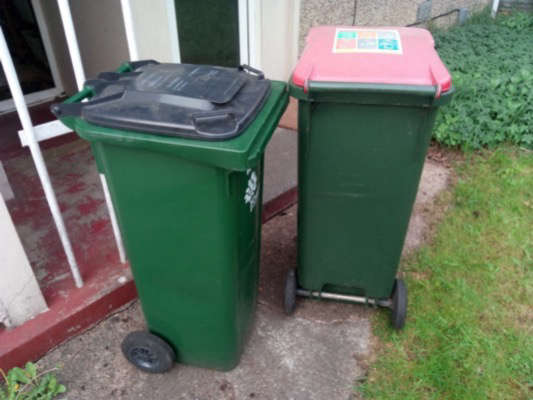 Residents in Littlehampton, Bognor Regis, Arundel and the surrounding areas could see fortnightly bin collections and the addition of food waste collections next year.

Arun District Council could adopt fortnightly bin collections for non-recyclable waste and introduce weekly food waste collections.
The changes are set to be decided during the council’s Environment Committee on Thursday May 19 and could come into effect from February 2023 if approved. Currently, residual waste is collected weekly, with fortnightly recycling and a fortnightly green waste collection for those who subscribe.
The council contracts waste collection services out to Biffa and this is set to continue from 2023.

This follows on from a food waste and absorbent hygiene product collection trial for 1,350 properties which started in May 2021 and has since been extended to February 2023 due to its successes. Approximately 42 per cent of residents’ residual waste is food waste, according to the council, and it believes food waste collections ‘will provide an excellent opportunity for residents to divert’ the waste and ‘support an increase in the
council’s recycling rate’. Using the trial as a model, the council believes fortnightly bin collections can be introduced while maintaining resident satisfaction – 85 per cent were satisfied with the food waste collection and 73 per cent with the less frequent residual collections.
Government targets must also be met, with regulations requiring councils to recycle 55 per cent of waste by 2025 and introduce separate food waste collections by 2023.

Arun’s recycling rate is currently around 42 per cent (made up of 26 per cent dried recycling and 16 per cent garden waste) – a figure that has ‘remained relatively static for a number of years’. ADC hopes to reach the governments 55 per cent recycling target by 2025.
If the changes are approved, the yearly waste contract with Biffa could cost the council £6.3 million – approximately an extra £1.47 million a year when compared to the current cost. Rolling out 240 litre bins will cost £1.32 million and both inside and outside food waste caddies would cost around £300,000. The absorbent hygiene product collections are not set to continue. Weekly food waste and residual collections have also been considered but were deemed ‘not viable’ due to a requirement for extra bin lorries and a new yard costing approximately £1 million.

It is hoped that government funding will help to offset at least some of the cost as it has allocated £295 million for local authorities as part of its ‘Net Zero Strategy’. Additional measures could see the transition to food waste collections supported and the cost of recycling packaging ‘passed on to producers’ through the Extended Producer Responsibility scheme. However, a report to ADC’s Environment Committee states that the council ‘must mitigate the risk’ of government funding not meeting the full cost. If the changes are introduced, an estimated 6,000 properties could remain on the weekly residual waste schedule for fears that ‘bin capacity’ could pose a challenge to ‘maintaining the street scene’. This could include South Terrace in Littlehampton, Arundel Old Town, and Bognor Regis and Littlehampton Town Centres. A food waste collection could be phased in over 12 months and extended over a three year period.

HMOs and flats would likely have food waste collections ‘at a later stage’ due to challenges identified in  these properties during the council trial.
All of the options on the table also include the cost of the living wage for refuse workers on ‘basic levels of pay’. An ADC spokesperson said all of the recommendations have been made ‘following in-depth scrutiny of the options and the associated costs’ and were assessed against how they would ‘support the council’s vision’.