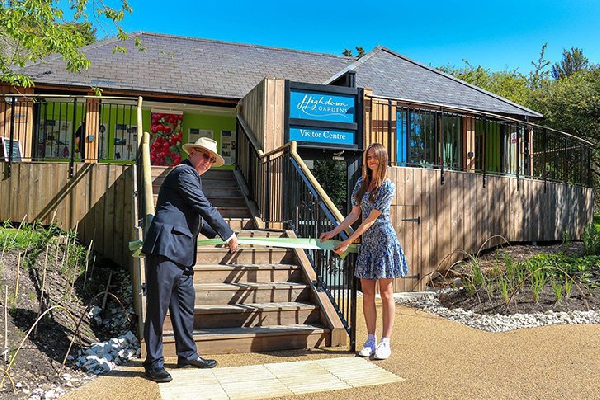 The Mayor of Worthing, Cllr Lionel Harman, opening the gardens with Jemima Stern, a relative of Sir Frederick and Lady Sybil

The Mayor of Worthing has cut the ribbon to officially open the new look Highdown Gardens telling assembled guests the site “held a special place in all our hearts.”

Cllr Lionel Harman, the borough's first citizen, said he was impressed with the £1 million renewal of the world-famous gardens which have been in the stewardship of Worthing Borough Council since they were handed over for the benefit of local residents more than 50 years ago.

The project has been mostly funded by the National Lottery Heritage Fund, helping increase accessibility to the gardens, as well as telling the fascinating social and horticultural story of its establishment between the World Wars and the work undertaken since by the Borough Council to maintain them.

Guests at the official ceremony included relatives of Sir Frederick Stern (photo right) and his wife Lady Sybil who established the world famous garden up on Highdown Hill despite being told it was impossible to grow exotic plants from around the world on its chalk soil.

Cllr Harman, who cut the ribbon alongside Jemima Stern, 14, said: “Karen, the Mayoress, and I have many happy memories of spending some special times with our children and grandchildren at Highdown Gardens, I know generations of residents have also done so.”

A new visitors' centre has replaced the old head gardener's bungalow, new pathways allow wheelchair access from the entrance to the new building and onto a new sensory garden.

New greenhouses have also been built to help conserve plants and to breed some of the endangered species within the garden. 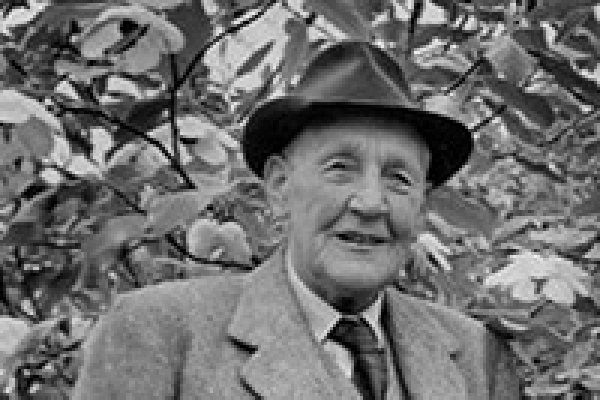 A new plant heritage officer has begun the task of discovering and cataloguing all of the plants that Stern grew in the garden, many of which came from China and the Far East, brought to Highdown by intrepid plant hunters.

Leader of Worthing Borough Council, Cllr Daniel Humphreys, told the guests the remarkable story of Highdown could now be fully told. He said:

“There have been many occasions I have brought my family up to Highdown and I am sure my children will grow up to treasure the Gardens as I have.

"I'd like to specifically thank the National Lottery Heritage Fund and of course all Lottery players for helping us make this incredible transformation to the Gardens.”

The Council has pledged the Gardens will remain free to visit but for the first few weeks before Covid restrictions are fully lifted access to the site can only be gained by booking on the Gardens new website. Hundreds of residents have already booked.