Rocks team up with Aspire Sussex with community spirit the goal 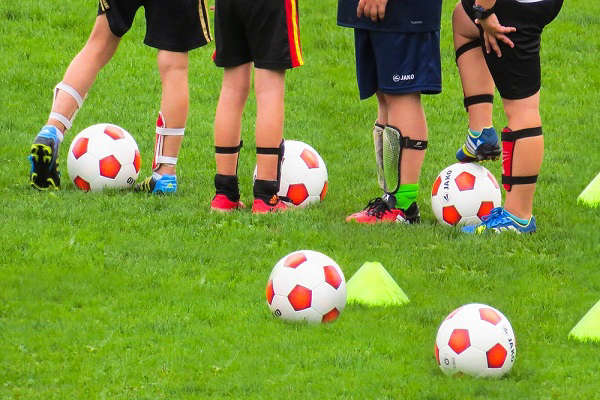 Bognor coach Robbie Blake will get the chance to pass on some of his football expertise as part of a charity initiative to help dads who are out of work and want to make steps towards employment or learning.

The Rocks have teamed up with Aspire Sussex to help with their ‘All About Me’ project entitled ‘Even Superheroes Need A Dad’. It will take place at the club's Nyewood Lane ground before the Isthmian premier division game against Hornchurch on Saturday, November 27.

The coaching session is for dads and their children from the Bognor area and provides an opportunity for them to take part in the event as part of the ‘Even Superheroes Need A Dad’ campaign run by Aspire Sussex’s ‘All About Me’ project -- in association with the European Social Fund and The National Lottery Community Fund.

Former Premier League star striker Blake will be joined by fitness coach Neil Cockroft and player James Crane for the fun activity before a tour of the stadium and changing rooms. To top the day off, the attendees will be invited as VIP guests of the club to watch the match against Hornchurch.

An Aspire Sussex spokesman said: “The ‘All about Me’ team are delighted to team up with Bognor Regis Town Football Club to offer a unique experience. Tesco Superstore in Bognor Regis will also contribute to this community event by providing a range of healthy snacks, drinks, and lunch for those attending.”

Blake, who made more than 500 appearances in the Football League and Premier League, said: "We are delighted to be able to contribute to what is a fantastic initiative and we very much hope it can provide some positivity to those attending and help with their confidence as they look to get back to employment."

The activity forms very much a community feel to proceedings at Nyewood Lane on Saturday with representatives from Stonepillow -- a charity that supports and empowers homeless and vulnerable people to achieve sustainable independence and wellbeing -- attending the game. They will be raising awareness of their work and will also hold a bucket collection at the end of the match.

In between David Solo, a popular local busker, will be performing outside the club's entertainments venue Seasons.

Rocks general manager Simon Cook said the club was proud to continue to support the community, adding: “We know we can play a role in helping such deserving causes and we look forward to hosting Aspire Sussex and Stonepillow on a day when our commitment to our community will be on show. It should be a great day!” 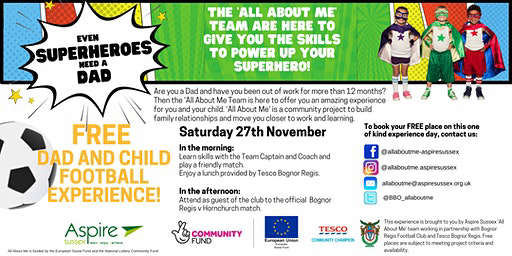